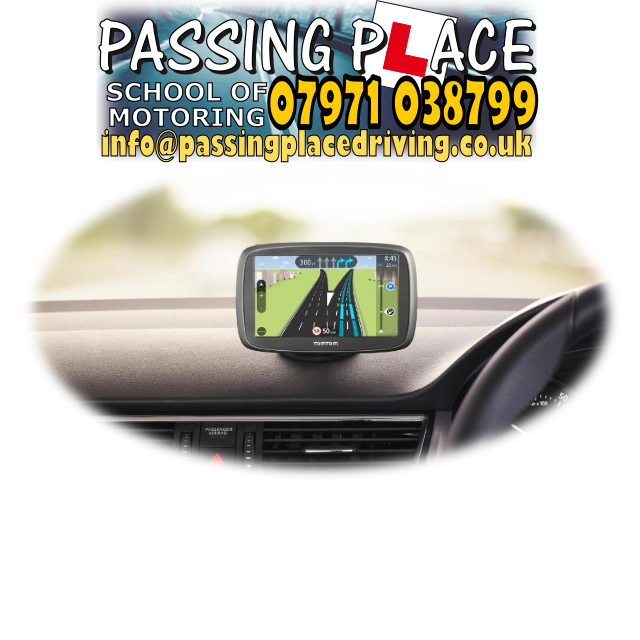 As part of learning to drive, you will be taught how to driving safely and correctly using a Satellite Navigation device (Sat Nav). Driving with a Sat Nav is now part of the practical driving test syllabus.

Satellite Navigation devices (Sat Navs) have become increasingly popular in recent years. Many new cars come equipped with Sat Navs as standard, or have facilities to link a mobile phone to an in-car entertainment system (via apps such as Android Auto and Apple CarPlay ) to use your phone as a Sat Nav through the car display instead.

The modern driving test has had to catch up with changes in technology. As of December 2017, all driving tests include an independent driving section lasting about 20 minutes. For most driving tests (4 out of 5 to be precise), this will involve following instructions from a Sat Nav. Only 1 out of 5 test will not use a Sat Nav; instead you will be asked to follow a series of road signs.

Below are some common question pupils ask about the Independent Driving / Sat Nav part of the driving test together with some answers.

Will I have to operate the Sat Nav during the driving test?

No. The examiner will bring a Sat Nav with them to driving test. The Sat Nav will be placed on the dashboard of your tuition vehicle. The route will have already been programmed. Unless the independent driving section happens at the very start of the driving test, the examiner will ask you to pull up before explaining about the Sat Nav section and then switching the device on.

What are the advantages of a Sat Nav?

Sat Navs are very quick and convenient to use. Simply enter a destination and away you go! No need to pull out a paper map and plan you route. No longer do you have to pull up in a lay-by and check your map; if you take a wrong turn, a Sat Nav will tell you and recalculate the route and automatically redirect you.

What are the disadvantages of a Sat Nav

As popular and convenient as Sat Navs are, there are some pitfalls. They can be a dangerous distraction if used carelessly. Driver's can become too reliant on them, affecting one's sense of direction and sometimes encouraging drivers to make late or dangerous manoeuvres. Although modern devices have very up to date traffic information, Sat Navs can still give misinformation; for example telling you to use a particular lane contrary to what road signs and markings tell you, or even asking you to turn into a road that is forbidden to do so!

Is the Sat Nav part of the driving test a good thing?

Yes! Learning how to drive safely with a Sat Nav, being aware of their benefits and, more especially, the dangers of misuse, will prepare you for safe driving for life. That's why the driving test now includes Sat Navs on 80% of all driving tests conducted in the UK.